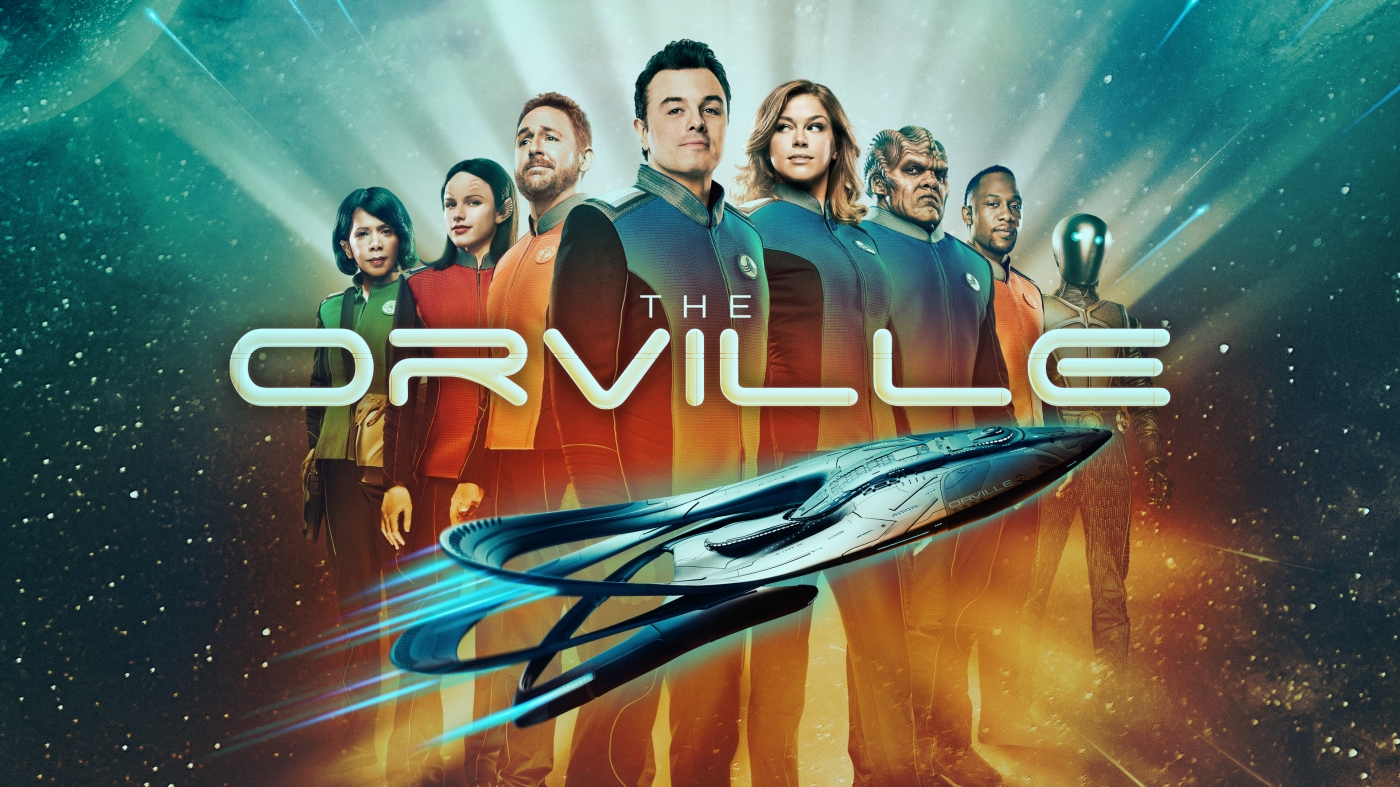 I recently finished the first season of “The Orville” which is produced by the creator of “The Family Guy”, Seth MacFarlane.  If any of you have ever watched “Family Guy” you know that the humor can be very campy and satirical, drawing a surprisingly funny yet grim view of life in general.  That is to say that it makes hysterical fun of things that most of us would find very serious if not dogmatic. “The Orville” is not quite as pungent in nature, but does offer some of the campy humor and addresses issues for the modern day world.  A good thing, I think, for those of us who consider ourselves critical thinkers, for MacFarlane is clearly making a point to the world that we need to rethink some of the ideologies we cling to as a society.

“The Orville” is an adventure series set in the future and in the vain of “Star Trek” lore that finds Captain Ed Mercer recently placed (and surprisingly) in command of the mid grade starship, the Orville, which is a member vessel of the Planetary Union’s star fleet.  The ship and her crew are charged with the mission of exploring the galaxy for ‘strange new life and civilization’ as well as maintaining diplomacy within the galactic confines of the Milky Way. Sound like a familiar premise? Well it should for anyone who’s turned on their televisions in the last half century since it’s the basic premise of the “Star Trek” franchise.  Of course the twist to this show is that it’s a full on parody of “Trek” that still manages to still maintain the spirit of the show to the tee.  Seriously, the quality of the show is there and is much appreciated.

“The Orville” is as stated, a parody of “Star Trek”.  For MacFarlane fans, it’s no secret that he’s a fan of the “Star Trek” franchise and it shows.  Specifically, it feels like “The Next Generation” reborn in the look and feel of the show. I know for sure that MacFarlane appeared on a couple of episodes of “Enterprise” and perhaps there is a hint of that feel within “The Orville” as well.  So, watching the show at first glance, you may be thinking that it’s a knock off. That’s the other point to it… it doesn’t feel like a knock off at all. What it feels like is an addition to the “Star Trek” universe. It’s weird in a way because you know for a fact that it’s a parody.  Where “Trek” was dead serious with a little bit of occasional humor sprinkled in, “The Orville” manages to balance humor with a serious storyline in each episode. For example in one episode (only spoiler) Chief Medical Officer 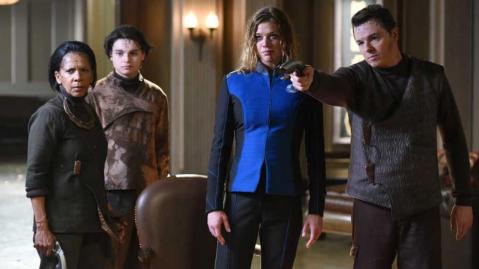 Doctor Claire Finn (played by Penny Johnson – you know, Captain Sisko’s girlfriend from “Deep Space Nine”) goes on a vacation with her two sons and in the process gets into trouble during the flight.  She ultimately gets stranded on a hostile planet with her two sons and artificial lifeform crewmate Isaac and find themselves fighting for dear life.  Now, you may be wondering where the humor comes into a situation like this, but the writers somehow managed to fit it in while keeping me on the edge of my seat.  Seriously, by the end of the episode I felt both relieved and that much more in love with the characters. There’s really good writing and for good reason, since Brannon Braga who is a producer of “Next Generation” shows and Jon Favreau (think Iron Man and Chef) are involved with the production.  Other than that, you really get the sense that the characters are a tight knit crew and really interested in the well being of the galaxy.  Like I said though, I don’t want to spoil anything else except for the fact that Charlize Theron appears in an episode… yep, they went there.

My biggest complaint is that this is a Fox Television production and we as viewers only received 12 episodes to start.  Boo. It feels like Fox was putting out fillers to see if audiences would like the show, but the issue with that is audiences are liking it and it’s become unsatisfying to now have our 22 episodes.  Maybe that’s a good thing? Hmm… I don’t really know. I guess the argument for that is the fact that they have to focus on really getting their point across due to the shortened season. As a matter of fact, maybe this show would’ve been even better as a Netflix exclusive or something.  The show is adult in nature overall. This brings me to my second point of complaint which I’ll state in the form of a question – why do I feel more emotionally invested in this show over “Star Trek Discovery”?  Seriously, the writing is overall better to me.

I have a theory about this though. I think, once again, “The Orville” had less network executive interference and was aloud to write and post the stories as originally intended.  I bet that was the case and boy does that usually make a difference.