We as media consumers are very well aware that Marvel has been on fire for some time now. To be exact, they are coming up on the 10 year anniversary of the release of “Iron Man”. This was certainly the film that kick started the Marvel Phase One series of movies and it was certainly a good outing. Up until that time, many superhero movies that had been produced were hit or miss and would often be frustrating to fans as they received mixed reviews by critics and mediocre box office results. Indeed it seemed that movie makers couldn’t locked into a consistent format to deliver convincing movies or television shows that kept fans interested and non-fans convinced that it was worth spending the time and money to the wonderful fantasy world of their local neighborhood superheros.

I think there were many factors involved in why there was such a lackluster performance from those previous times. For one, despite the success of movies such as “Star Wars”, the special effects hadn’t really caught up to what could be done on the sheets of a novel or comic book. To achieve some of those effects were still decades off and I think maybe around the early 2000s did we finally begin to see the potential to realize such visions on the big screen. This was perhaps even more difficult for the small screen considering the high cost of special effects. Many of those shows such as “Wonder Woman” and “The Amazing Spiderman” tv shows were so crude on the special effects fronts that it’s completely laughable by today’s standards. To be honest, Lynda Carter made up for the low budget special effects… I’m just sayin’. In any case, those shows made up for it in good story telling. It was a shame though because so many things couldn’t be told due to a lack of visuals and the audience was left to imagine certain things that were happening.

The other thing that was perhaps a major contributor was the fact that many of the superhero properties were being divided amongst various studios and networks only to be produced with stories that had to altered do to certain copyright scenarios. This of course messes with the telling of a whole story as the authors originally intended. I guess a good example would be the “Fantastic 4”, “Spiderman” and the “X-Men” who have been completely left out of Marvel onslaught until recently. So many studios, directors and visions, how could these franchises possibly congeal to their fullest potential?

Enter the Marvel juggernaut (really, I need to see more of the Juggernaut in some movies). One huge part of the Marvel formula the fact that so many of the superheroes from this universe now fall under one umbrella… Disney. Now some of you may view this as good or bad, but the reality of it is, that these stories and characters fall under a solid regime with Kevin Feige at the helm. One plan, one vision… and with the recent acquisition of 21st Century Fox, things may have gotten potentially better. Seriously, the “Fantastic 4” really needs a break.

Marvel Studios and Disney have done a really good job in managing the individual character and team-up movies, something I wish they can grasp for “Star Wars”. But, I digress. What really concerns me though is the the direction that they’ve seemed to be heading as of late. I reviewed “Thor: Ragnorok” and one of my first statements was pertaining to the more humorous take on the god of thunder and the Hulk in the movie. It was ok, but I still think a little distracting for my taste. We were talking about the end of the world for Asgard. I expected a little hope at the end of an extremely devastating outing, but it was so offset by the humor that I couldn’t feel the full impact of such a loss. I really felt like ‘Hey, there’s nothing to worry about, they’ll just find some other happy place to go and live’. I mean, that’s what I really felt. So much humor with no real threat of loss. This really seems to be the pattern of many of the Marvel movies especially as of late. And you know what, I think it’s bleeding over into other studios and franchises such a DC. Is this the wave of the future for movies that come from really serious comics? 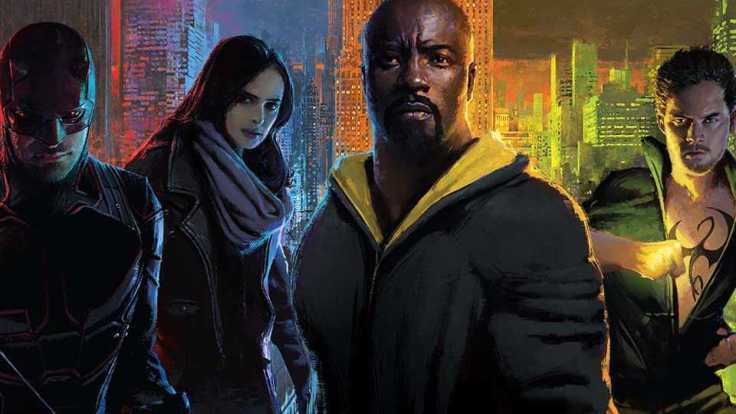 Contrast that with the Netflix released Marvel stuff leading up to the “Defenders”. It’s a totally different vibe… a serious vibe and I love it. I think it fits. Here’s these more minor characters who are fighting lower level villains (the kind that aren’t threatening existence) and it’s all so very serious, both life threatening and locally personal and it feels right to me. Ok, so there are humorous moments with Jessica Jones or Luke Cage but it flows with the situation and doesn’t detract from the impact of what’s happening. Maybe these guys are just too serious and need to take a page out of Tony Stark’s book and make it all one big funny thing. Only problem is, it drives Captain America crazy even though he gets tricked into joining in on occasion. Poor Cap.

Despite this, Marvel is doing well on both fronts and I’m excited to see what’s coming in phase 4. If they keep a balance between the humor and what’s at stake for our heroes, their movie and TV magic will continue to flourish into the foreseeable future. If you want to see what a good balance looks like, be sure to check out “Black Panther” which is in theaters as of this writing. Any comments or thoughts on this subject please leave it down below and thanks for visiting.